The Society for Underwater Technology (SUT) is launching a new course for engineers to form a greater understanding of the deployment of new technology within offshore developments.

The one-day course, in association with Astrimar, is aimed at engineers at all levels who are involved in the deployment of new offshore technology or who need to accommodate existing technology in more challenging applications. It is also suitable for operators, contractors, original equipment manufacturers (OEMs) and technology developers.

The course, which takes place on June 9 at London’s Imperial College, will provide an overview of industry best practice for the qualification of technology and how to select and design appropriate testing regimes to demonstrate functionality, reliability and durability.

The programme will be split into a combination of presentations, discussions and group break-out sessions, including:

Dr Bob Allwood, CEO of SUT said: “As the subsea industry moves into deeper waters and more difficult operation environments, additional technical risk and uncertain reliability performance is introduced. A defined qualification process is required to manage the risk associated with the first or early deployment of the technology and this course will demonstrate this in a dynamic and interactive way, which will be of interest to all engineers working in the industry.”

The Society for Underwater Technology’s (SUT’s) eighth Offshore Site Investigation & Geotechnics (OSIG) International Conference has received substantial support from Fugro, with the company becoming the principal sponsor for the 2017 event.

The conference titled ‘Smarter Solutions for Future Offshore Developments’, takes place from 12-14 September 2017 at the historic Royal Geographical Society in London. The event is attracting a lot of interest with more than 200 abstracts already submitted from potential speakers.

The conference offers an opportunity for geotechnical engineers, geoscientists and academics specialising in offshore topics to share their knowledge and experience. The 2017 conference will focus on new research and developments in site investigation data acquisition, evaluation and integration, geotechnical analysis and design as well as field operational experience.

Tim Dunne, Global Business Line Director for Marine Site Characterisation at Fugro said: “As a leading global supplier of marine geotechnical site characterisation services, Fugro is delighted to continue its support of OSIG. This major conference event provides an unparalleled platform to exchange knowledge and experience with other experts and we are very pleased to be principal sponsor in 2017.”

Dr Bob Allwood, CEO of SUT added: “We enjoy a strong relationship with Fugro and I’d like to express my sincere thanks for their support. Delegates will hear from a range of high profile speakers on new research findings and innovative ideas as to how we can improve efficiency, develop more collaborative approaches and offer innovation towards ‘Smarter Solutions for Future Offshore Developments’.”

OSIG 2017 will look into the challenges currently faced by the offshore oil and gas industry and call for innovative approaches to improve efficiency and rigour in practice. The event will also discuss what the offshore renewable energy industry has identified and addressed, through major research programmes, on key technical issues that must be solved to support its growing strength.

The conference will host the fourth Bramlette McClelland Lecture and a special issue of the EAGE Near Surface Geophysics journal will be published preceding the conference with selected papers to be presented in a dedicated session. A conference dinner will also be held at the Natural History Museum.

A number of sponsorship opportunities remain available. For further information, please contact events@sut.org or 01224 823637. More details can also be found at:  https://www.sut.org/event/osig2017/

The Society for Underwater Technology (SUT) has launched a campaign to get its illustrated children’s book into primary schools with the support of Subsea 7.

Subsea 7 has provided an Aberdeen school with copies of SUT’s educational book, ‘Can a Lobster be an Archaeologist – Quirky Questions and Fascinating Facts about the Underwater World’ which is aimed at growing interest in the exciting variety of careers on offer under the waves. 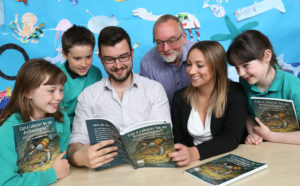 Primary 5 pupils at Hazlehead Primary School, who recently studied sea life as a topic, were each given a copy of the book thanks to a corporate donation from Subsea 7. SUT is calling on support from other companies to help them roll the book out in schools across the city.

The book, aimed at 10-14 year-olds, takes its name from a true story about Larry the lobster who helped divers discover a missing 8,000-year-old Stone Age civilisation near the Isle of Wight. The 150-page book has been drafted by SUT members who are marine scientists, divers, subsea engineers, academics and from the merchant navy.

Dr Bob Allwood, CEO of SUT and one of the authors said: “It’s a challenging time for many sectors at the moment, but it’s important that we continue to inspire school pupils and show them all of the possibilities that are open to them in a way that brings to life all of the wonders of working underwater. I would like to thank Subsea 7 for the generous contribution in providing these books to the children and we would welcome support from other organisations to help roll this out to as many schools as we can.”

Subsea 7’s Stuart Inglis, who is also a member of SUT+, added: “This is a great initiative for both Subsea 7 and SUT to be involved with as it is important we all inspire young pupils to learn more about the oceans. It has been really encouraging to hear the pupils talk about what they have already studied in class and hopefully, with these quirky stories, they will continue to learn about what goes on under the water.”

Companies interested in getting involved with the campaign can find out more information by contacting: events@sut.org. The book has been funded by SUT, which is celebrating its 50th anniversary this year. All proceeds from the book go towards SUT’s Educational Support Fund, set up to help young people pursue learning and development opportunities. ‘Can a Lobster be an Archaeologist?’ retails at £12.99 and can be purchased from Amazon and www.sut.org.

SUT is also hosting its annual Christmas Lectures at the end of the year for primary and secondary school pupils. Teachers interested in attending should contact: events@sut.org 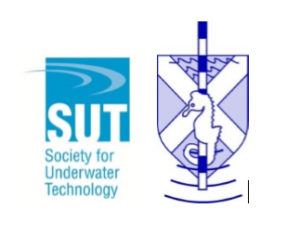 Delegates will hear from representatives of Bibby Offshore, Fugro and Schlumberger at The Society for Underwater Technology (SUT) and The Hydrographic Society in Scotland (THSiS) annual joint half day seminar at the Aberdeen Exhibition and Conference Centre (AECC).

Registration is now open for the ‘Cost Efficiencies – more bang for your buck seminar’ on June 15, which will highlight innovative equipment, methodologies and business models which can help address the needs of industry in a time of reduced oil prices and the associated drive for cutting costs.

Now in its third year in this format, the event will begin with a buffet lunch during registration followed by three conference sessions of 75 minutes which are set to be chaired by representatives from SUT, DOF Subsea and BP. Each session is separated by a coffee break to allow delegates to network and visit the exhibitor stands.

Presentations from Bibby Offshore and Fugro will open the first session on innovative contracting methodologies and philosophies. Session two will feature the latest autonomous technologies, Schlumberger on its Wave Glider system, UTEC on using Autonomous Underwater Vehicles and ASV on Autonomous Surface Vehicles. The final session will look at technology advances in buckle arresting, tensioners and monitoring systems designed to provide cost benefits to the end user.

Dr Bob Allwood, CEO of SUT said: “We have another excellent programme this year with the support of some major organisations. This is an opportunity for companies of all sizes to find out how others are adopting new and innovative approaches to business in the present environment.”

Tickets for the event cost £75 for SUT and The Hydrographic Society UK (THS UK) members and £95 for non-members. Sponsorship booths are also available for £300. Sponsoring companies will receive a free delegate pass and their company logo will be included on promotional material. For more information visit https://www.sut.org/event or contact events@sut.org