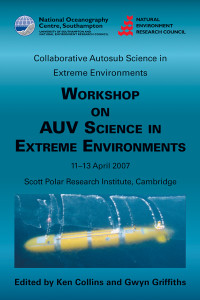 Autonomous underwater vehicles (AUVs) are well suited for the task of gathering data and making observations from some of the most extreme environments on earth. This workshop brought together an international group of scientists and engineers to review a range of missions that have been tacked by AUVs in extreme environments, from beneath polar ice to deep–sea hydrothermal vent sites, and to examine the science and technology requirements for the future. This volume provides a record of AUV achievements and outlines of plans for using AUVs and other vehicles in extreme environments through the contributed papers and abstracts, and provides pointers for the future from the records of discussions.