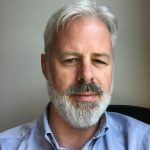 There are some good reasons why the SUT has never found its feet in the Middle East, not least of which being the region is not always recognised as a subsea domain. Shallow waters and a relatively benign environment lends itself to jackets and platform based developments. Add to that the transient nature of the expatriate engineering community, a long summer when most find a way to escape the heat, religious holidays, difficulties with legal entity establishment, speaker clearances and dry events you might be wondering why we ever tried. Dubai is also a long way from Abu Dhabi which doesn’t help! That said, the Middle East is an incredibly diverse community, and with that brings some recognition of the SUT brand. Many of us started our lives in places where SUT was well established.

I was, however, encouraged in the early stage by a small working group to give it a shot. Graeme Chalmers (Flowline Specialists), Ed Bevan (Pelagian) and Bob Morgan (GE) were amongst the first enthusiasts, and numbers swelled with the addition of Bedros Mardikian (Telford Offshore), Farnaz Ghasemi (Wood), Russell Harper (DCN BV), Spencer Clark (Lloyd Warwick) and Steve Goddard (Prysmian). In Abu Dhabi we were joined by Andrej Blazeivic (Mermaid), Richard Richards (TechnipFMC), Brad Kirkland (Fugro) and Wayne Morgan (Oceaneering), Jules Verlinden (Kenz Figee), Bill Hickie (UTEC). Once Nawin Singh (McDermott), Tarek Al Marzouqi (NPCC) and latterly Saipem started to show interest we felt we were onto something. Just the list of committee member companies is enough to prove there is a lot going on subsea from survey to major offshore development including pipelines, umbilicals and flexibles. There is a fleet of ROVs in the region, mostly observation class and the supply chain include many of the companies we are familiar with in Aberdeen, Houston and Perth. We hope our efforts will bring the SUT goals and objectives to one of the biggest offshore frontiers.

The Middle East has been a busy place since 2015 driven largely by Aramco’s huge brownfield investments in Safaniyah, Berri, Zuluf, Hasbah to name but a few and the region has seen the arrival of major new EPC players like COOEC, Sapura Energy, Boskalis, SS7 to augment the encumbents McDermott, NPCC, Saipem and TechnipFMC. ADNOC is coming back to the market for an equally ambitious program of offshore field renewal (Dalma) as well as the development of its sour gas fields Hail & Ghasha, Bab and Shah. Qatar has continued to forge ahead with the developments of the Shaheen, Barzan and North Fields and all of these projects have offered the offshore, marine and subsea community a somewhat counter cyclical opportunity.

Technology adoption can be slow in the region and one major objective must be to showcase best practice from other parts of the world. Like any region, there are plenty of aging assets so our first event which we ran with Heriot Watt in Dubai and Khalifa University in Abu Dhabi tackled the application of new technology for field life extension. The third event at Mubarak Marine tackled the introduction of flexible vs rigid flowlines as a means to solve the problems of field complexity. New HV cable networks and associated umbilicals has kept the engineering community busy as well as the supply chain and our fourth event again with Khalifa University will examine the economics of lay methodology and subsea protection and stabilisation.

It is fair to say we are still at an early stage of our development, but we mark our first anniversary with a presence at ADIPEC in 2019 with our own stand this year. We encourage you to come and visit us, and we are feeling brave enough to establish a local entity to make billing easier. We look ahead to 2020 with plans for more events around topical subjects such as trenching vs excavation, shore-pulls and the feasibility of shallow water subsea completions. The committee is keen to look at the feasibility of a “Subsea Awareness Course” as indeed to grow the ranks of individual and corporate members in the region.

Aquaculture would need some investigation, but Aramco is looking at floating wind and the salt pools of the Red Sea offer a tantalising array of seabed resources. All good themes for 2020 and beyond!