The North of England Branch meets on a bi-monthly basis, and has organised four technical sessions, one field trip, seven planning sessions and a Student Event over the period. The technical sessions have been well supported with average attendance being 40 knowledgeable students and subsea practitioners. The audiences have been, without exception, enthusiastic in their questions and comments – a testament to the breadth and depth of experience and enthusiasm residing in the North of England.
The branch continues to be hosted by Newcastle University’s School of Marine Science and Technology, their recent refurbishment has added to the fantastic facilities they offer. Being based within the University, we continue to be well-supported with student attendance.

The committee of the North of England Branch has had nett growth over the last year, though we were sad to see the retirement of SUT Fellow and Branch Founder, Dr Jerry Baker in November 2017. 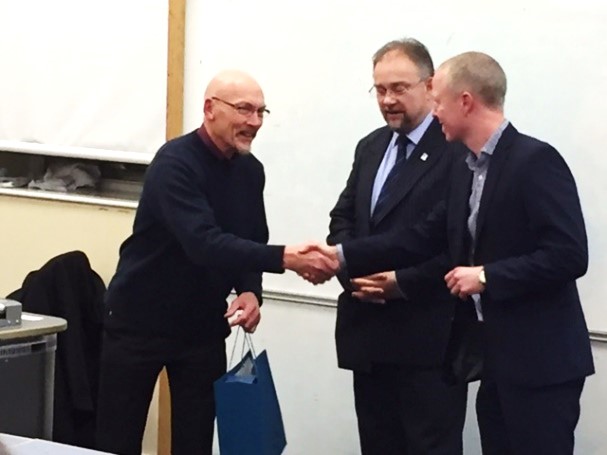 It was fitting that we commemorated Jerry in the lecture hall of the Marine Department of Newcastle University, as he is an alumni of the School of Marine Technology MSc (though we’ll not mention which year!) – Jerry went on to undertake his PhD up in Strathclyde on the Hydrodynamics of ROVs. Jerry subsequently worked for Shell, Boreas and Atkins before setting up his own consultancy.

Outside of his valued professional contribution to the Subsea industry, Jerry has been a staunch supporter of the SUT for the last 20 years including two spells on the SUT council. Initially Jerry spent that time with the committee based in Aberdeen, he then set up the North of England branch back in 2008.

Over the last nine years Jerry fulfilled the role of Chair and Honorary Secretary and has contributed a huge amount of time and energy to the Society and the success of our branch.
During the period the branch has organised at least 49 evening events, attended by nearly two thousand people, alongside daytime seminars and at least one boat trip up the Tyne. However, 15

November 2017 was his last meeting as a committee member – as he rightly pointed out ‘he’s due a break!’
We were joined on the evening by SUT CEO Steve Hall, who kindly presented Jerry with a bottle of Scottish Whiskey and a commemorative glass to sip from.

Evening Meetings
In September 2017, 19 people attended an evening meeting hosted by the School of Marine Science at Newcastle University. The theme of the meeting was ‘Subsea Infrastructure; introduction & virtualisation’ and the technical talks were partly delivered and ably chaired by Dr Jerry Baker from Baker Marine Technology Ltd.;

A detailed meeting report for the evening can be found on the SUT website, courtesy of James Young and Tom Arnold, Engineers from PDL Solutions (Europe) Ltd. 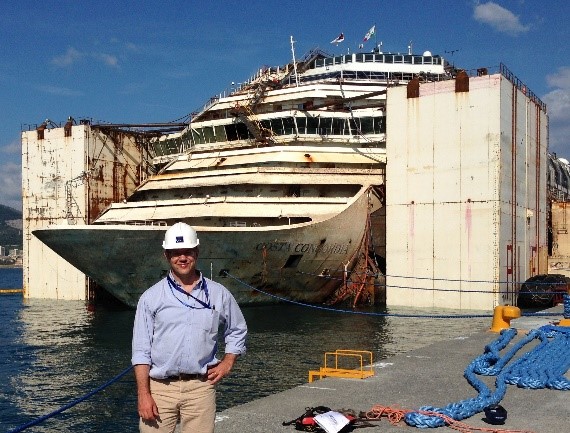 In November 2017, Michael Williams, in his official capacity as Chair for the North of England branch outlined the financial position of the branch during our AGM. As noted earlier, SUT CEO Steve Hall presented a gift to Dr Jerry Baker on the occasion of his retirement from an active role in the committee, the evening then proceeded through the following technical topic;

In January 2018, Dr George Varelis, Senior Engineer from PDL Solutions (Europe) Ltd chaired a meeting at Newcastle University titled “Tubulars in Subsea Applications”, which was attended by 45 people. We had talks from two experienced and interesting speakers as follows:

A meeting report for the evening can be found on the SUT website, courtesy of John Cowper, Engineer from PDL Solutions (Europe) Ltd.

Michael van Zwanenberg, Principal Engineer from Curvetech chaired the evening where we heard from; 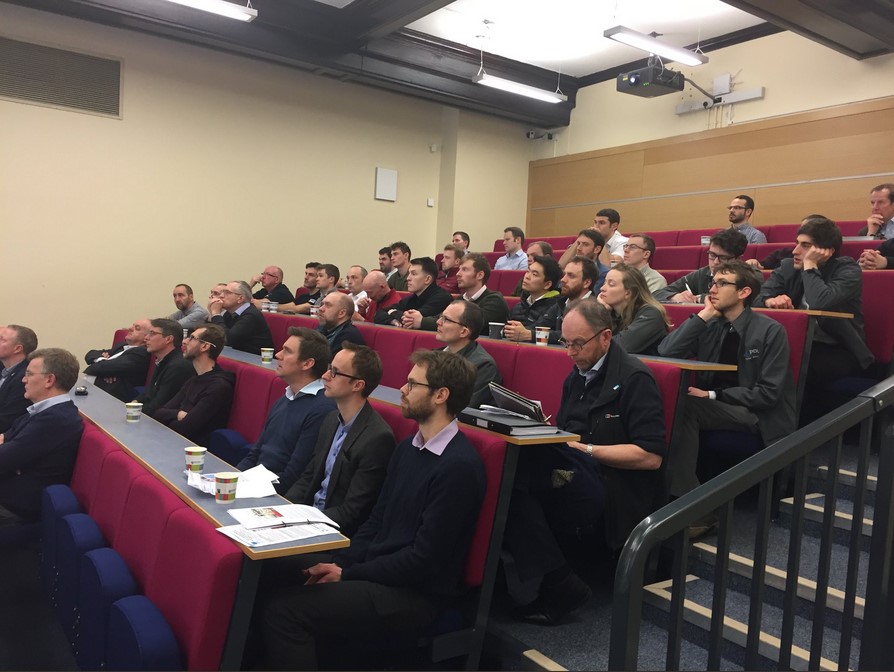 Craig and Chris explained that the MMO is an executive non-departmental public body, sponsored by the Department for Environment, Food and Rural Affairs. They licence, regulate and plan marine activities in the seas around England so that they’re carried out in a sustainable way.

As part of their role, the marine licensing function helps to boost the UK economy whilst also ensuring that important species and habitats are protected against environmentally damaging activity.

Martin and Jon from Osbit are experienced members of the North East based community of engineers active in the design and development of bespoke, and often industry changing, equipment to support client’s real and operational needs. They explained that well intervention is undertaken for many reasons during the life of an oil well. The talk outlined some of the key reasons for undertaking well intervention, along with the techniques and equipment involved. This context provided the backdrop for the growing range of industry leading Well Intervention equipment designed and delivered into service by Osbit, in support of its client’s objectives. Ultimately, the talk offered an insight into some of that Osbit equipment and the experiences in its genesis.

55 people were packed into the Newcastle University lecture hall and made good use of the opportunity to pose probing questions to the speakers. A meeting report for the evening can be found on the SUT website, courtesy of James Young, Engineer from PDL Solutions (Europe) Ltd. 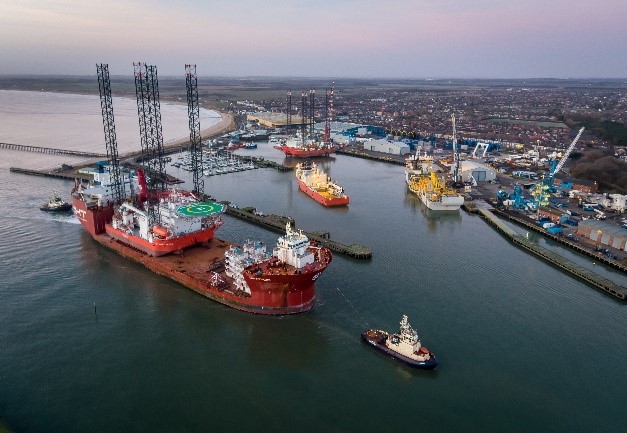 Our May 2018 afternoon/evening meeting comprised an ‘away day’ site visit to the Port of Blyth, attended by 38 people. The format of the event incorporated four short tours centred around the Newcastle University Marine Station and a networking ‘fish and chips’, kindly hosted by Andy Williamson from Port of Blyth.

We were fortunate enough to; 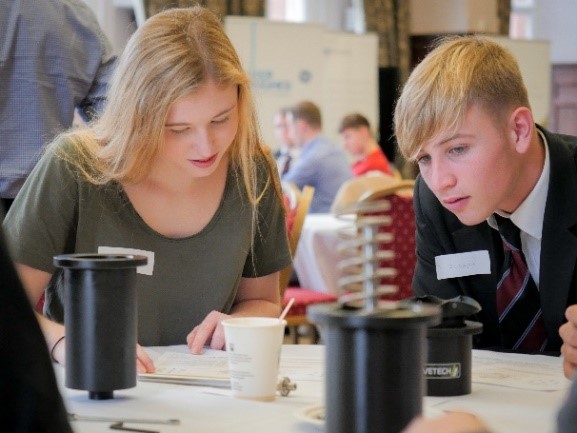 Our SUT+ committee continues to go from strength to strength, under the watchful eyes of Eugenie Warden, Thomas Pallister, Elizabeth Waterman, Denis Vasiljev, Thai Truong and James Brierley. The SUT+ team successfully delivered the second Schools Event on 19 October 2017 which was held at the Northumbria University. The event was titled “Engineering under the waves” and gave local school and college students from Dame Allen’s, the Royal Grammar School, KEVI Morpeth and St Thomas Moore Catholic School, along with eighteen individual attendees, the opportunity to engage with our subsea community. The event would not have been viable without the help of five local companies for their sponsorship (Baker Hughes a GE Company, TechnipFMC, SMD, PDL Solutions (Europe) Ltd and Royal IHC) – their sponsorship was gratefully received and shown to be worthwhile when you get student feedback like: “The event was really insightful and helpful. It opened up my mind to how I could approach getting into engineering”. 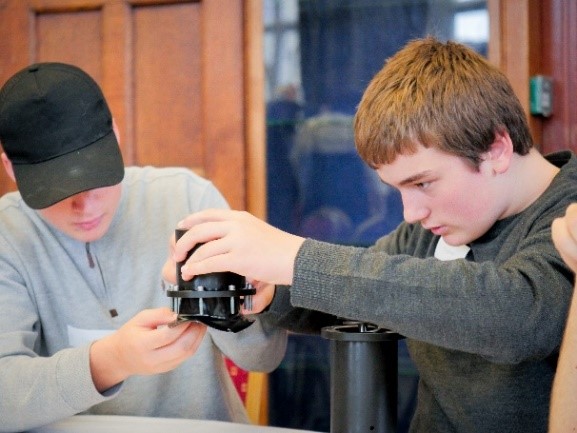 After the success of last year, the group will be repeating the event on the 18 October 2018, again at Northumbria University. We are again indebted to six local companies for their sponsorship (Baker Hughes a GE Company, OSBIT, TechnipFMC, BEL Valves, SMD and Royal IHC) as well as the support provided by our branch sponsors. 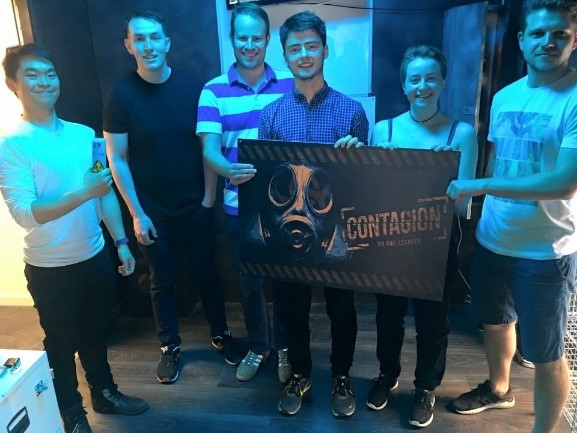 Outside of the Schools Event, our branch SUT+ committee have had a busy year; they have continued their knowledge transfer site visits by holding a very well attended company visit to TechnipFMC. In addition, they have had social activities including breaking the record for the Newcastle Escape Room and meeting for drinks in Newcastle. They are always looking for new members, so please get in touch if you would be interested to sutplus.noe@sut.org.

The North of England Branch finances are reported through the Aberdeen Branch P&L account. Our activities have been funded by membership fees and sponsorship received from speakers and local companies throughout the year.

Recognising the effect of the current economic climate on a number of the companies and individuals involved in our local subsea community, we have continued the initiatives implemented in 2016/17 to reduce costs whilst still meeting the objectives of the branch.

We will continue to have technical meetings bi-monthly over the next year with a recess over the summer, when we will have a committee planning meeting but no evening event. The focus of the committee in the coming months will be to continue to attract additional members to the committee – we have a fantastic pool of exciting companies and personnel in the North of England and wish to gain maximum benefit for the Society from that pool.

In the short term, our October 2018 meeting will delve into the innovative technology used for subsea survey and the subject of the November meeting will be the use of DeepOcean’s ADUS laser system.

Our October Schools Event is sure to build upon the good work initiated by our SUT+ committee in 2016 and 2017, we also look forward to seeing the SUT+ develop their group in the North of England over the coming year.