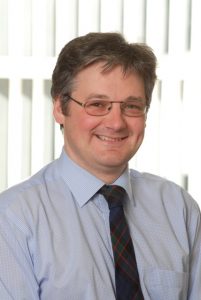 The North of England Branch meets on a bi-monthly basis, and has organised five technical sessions, seven planning sessions and a Student Event over the period. The technical sessions have been well supported with average attendance being 40 knowledgeable students and subsea practitioners. The audiences have been, without exception, enthusiastic in their questions and comments – a testament to the breadth and depth of experience and enthusiasm residing in the North of England.

The branch continues to be hosted by Newcastle University’s School of Marine Science and Technology; their recent refurbishment has added to the fantastic facilities they offer. Being based within the University, we continue to be well supported with student attendance. 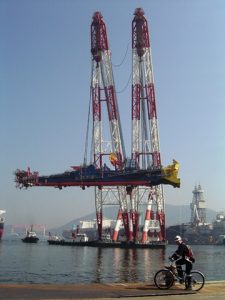 This year at the AGM Michael Williams handed over the reins of leadership to Dr George Varelis, Principle Engineer at PDL Solutions. I, and the rest of the committee would like to thank Michael for his leadership over the last few years and we welcomed George into the position. Unfortunately, six months after taking up the role, George was lured down south by the bright lights of London and had to step down (although I am sure he is now attending the London meetings!). The chairmanship has been taken over temporarily by Vice Chairman Martin Bingham and the new chair will be decided this year at the AGM. 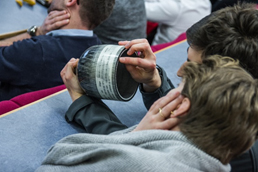 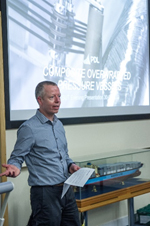 They also showed how quickly some technologies can progress if they are shared across multiple industries; David Rattrays talk on photogrammetry subsea showed how quickly that field was advancing with its use of open source software used and developed globally (who knew the same techniques would be advancing both seabed survey and dentistry!)

If nothing else, the talks this year reminded us to keep our heads out of just our own work and adjacent fields and take a broader view to find new approaches and tools to be used in the subsea sector. We will certainly be looking to develop a broader approach to topics to enhance this within the branch.

Reports on the individual talks are available on the SUT website.

Our SUT+ committee has had another stellar year, under the watchful eyes of Eugenie Warden, Elizabeth Waterman, Denis Vasiljev, Thai Truong and Chris Convery and Shaun Burrows. Several visits to local companies were arranged and well attended alongside the annual STEM event.

The SUT+ team, coordinating with the NUSTEM (Northumbria University STEM team) successfully delivered the 4th NoE ‘Engineering under the Waves’ Schools Event on 18th October 2017, held at the Northumbria University. The event was aimed to inspire 16-18 yr olds into considering options for carers in the subsea sector, giving them the opportunity to get face to face and talk with real engineers alongside taking part in practical sessions run by the events sponsors. The tours of the university laboratories highlighted the academic opportunities within the subsea sector and proved highly popular with the attending students. Many thanks must go to Antonio Portas and his team at the university for their support during this event. 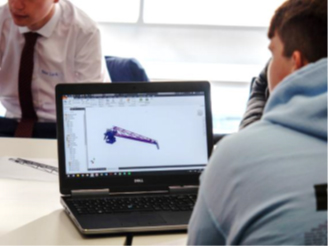 With this 4th edition of ‘Engineering under the Waves’ the popularity continues to grow with a wider range of local schools and colleges attending than ever before.
Final thanks should go to the six local sponsoring companies without whom this event would not be viable (Baker Hughes (a GE Company), TechnipFMC, SMD, OSBIT, Bel Valves and Royal IHC) – their sponsorship was gratefully received and shown to be worthwhile when you get student feedback like:

“The speakers gave valuable insights into a field I was largely unaware of”
“I feel much better educated about the industry and am seriously considering joining it now!”

The North of England Branch finances are reported through the Aberdeen Branch P&L account. Our activities have been funded by membership fees and branch sponsorship received from local companies throughout the year.

This year, through new committee member Nick Wright one of our meetings was jointly held with members of the IEEE. This significantly broadens the horizons of both sets of members by introducing a wider range of topics. We also now coordinate with other local societies to avoid meeting clashes and we intend to advertise this wider range of events across all societies.

As we look to the future, we see:

The branch will exist to enthuse those already in the industry, inspire others to join it and spread the word to a younger generation about the opportunities and excitement of the sector.