Can a Lobster be an Archaeologist? Book Launch 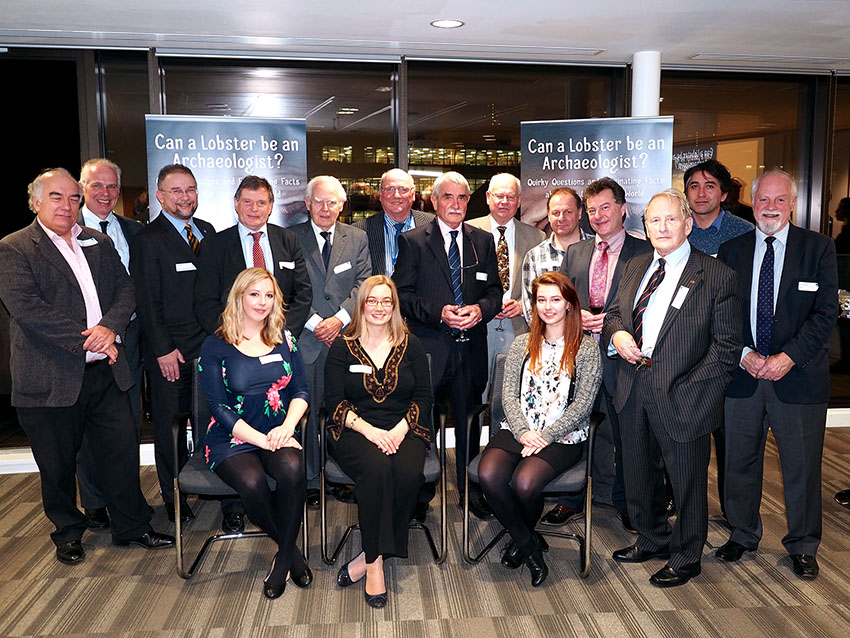 The authors, illustrator and editor gather for a photo.

On 24th November 2015 the Society for Underwater Technology held our first–ever launch of a book aimed at younger readers, “Can a Lobster be a Archaeologist?”, kindly hosted at the premises  of Genesis Oil and Gas Consultants Ltd in St Paul’s Churchyard, London.

The launch was a huge success with around 50 attendees. Authors were signing copies, there was lots of chatter and excitement about each others chapters, and plenty of copies sold for Christmas gifts.

The book is very much the brainchild of former SUT President Dr Bil Loth, who as chair of the Policy Advisory Committee was concerned that although we’re good at influencing policy makers, government departments, trade bodies and industry colleagues we’re perhaps not so skilled at getting our message across to the next generation of underwater technologists, scientists and engineers. Our Education and Training Committee does a good job reaching the mid-teens and university students, but what about something for the 10-14 years olds? What about a bright, colourful book that might inspire them?

“Can a Lobster be a Archaeologist?” is the result. SUT pulled together a team of 23 authors from our membership and friends, each an expert in their field, and we asked them to write a chapter or two about an aspect of SUT’s broad range of interests that would fire the imagination of younger readers. Emily Boddy from the London office was tasked as editor, designer, and chief wrangler, keeping everyone on schedule. Perhaps the key person though was the artist we contracted to illustrate the book, Rachel Hathaway. With so many ‘voices’ from the team of authors, Rachel’s beautiful illustrations give a consistency to the book that would otherwise be hard to achieve, helping to weave the stories into a coherent whole. Areas covered are diverse, ranging from exploring for treasure and sunken airliners to offshore renewable energy, scientific diving, oil and gas production and how tsunamis are caused.

The book is for sale via the SUT website, and soon through Amazon.

As for the lobster – you’ll need to read Gary Momber’s chapter to find out!