The Costa Concordia wreck removal operation has been unique in terms of scale, technical complexity, number of stakeholders and cost.

The presentation mirrors LOC’s extensive involvement with the project over a five year period.   It follows each phase from initial response immediately after the sinking through to selection of the removal method and contractor, parbuckling, refloating, recycling and eventually restoration of the environmentally sensitive wreck site.

The focus will be on the technical challenges of refloating the damaged 45,000 tonne wreck and transporting it safely for recycling.  The reasons for the choice of method and subsequent impact on all aspects of the project will be summarised.

Paris Mangriotis is a Naval Architect and Engineering Director at the London office of London Offshore Consultants where he works with a team involved in marine claims, casualties, engineering analysis and surveys.

During his eleven years with LOC Paris has experience of representing Owners’ Interests in a technical advisory and project management role on a number of wreck removals.  He has been involved in invitations to tender, bid assessment and contractor recommendations for significant wreck removals in recent years.  Between 2012 and 2014 Paris was the project manager for LOC who represented Owners and Insurers in the Costa Concordia wreck removal.

Paris has carried out assessments of salvage risks and dangers as part of salvage arbitration process and provides salvors with on-site and office based emergency response advice.  He has appeared before arbitration tribunals in London to give expert evidence in naval architecture matters.

Prior to his career with LOC Paris worked for Lloyd’s Register of Shipping as a classification and technical investigations surveyor.  He is a Chartered Naval Architect and Member of Royal Institution of Naval Architects. 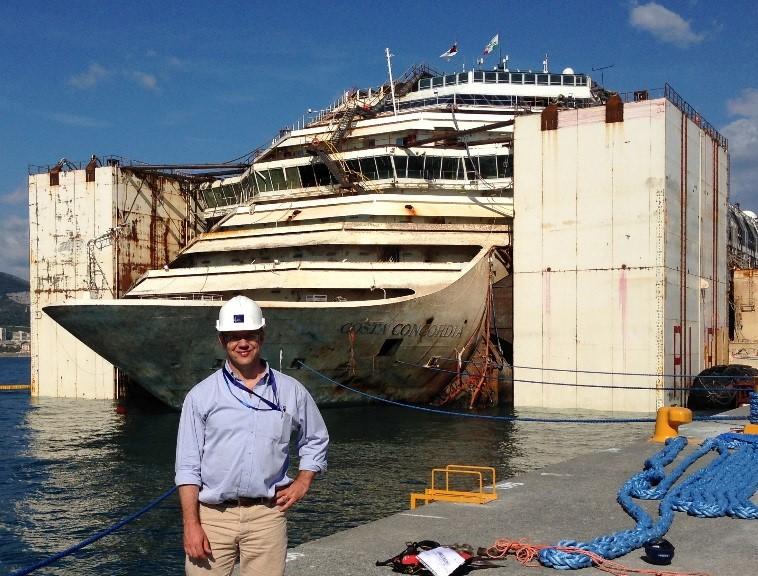