SUT and MTS are proud to welcome the remarkable marine technologists listed below to the elite group of Chartered Marine Technologists. We would like to extend our gratitude to all who have worked so hard to launch this program, including our Registrars, Richard Spinrad and Ralph Rayner; and our Assessors, Justin Manley, Vitad Pradith, Hans van Sumeren, Paul Jubinski, Stephen Hall, Colin Grant, and David Saul. 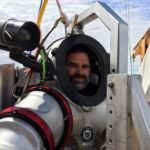 Michael Lombardi is the proprietor of Lombardi Undersea LLC, a diving technology research and consulting firm based in Rhode Island, ‘the Ocean State’. For more than 20 years, Lombardi has been engaged to address complex challenges within the diving sector with work spanning both academic and industrial applications through both fieldwork as well as SME consulting for regulatory and health/safety matters. Michael’s innovative research in undersea habitation, rebreather technology, and various specialized tooling has resulted in a variety of commercial successes as well as the advancement of scientific study in many disciplines. Michael’s commitment to diving science resonates throughout his community service and charitable works via Ocean Opportunity Inc., a 501(c)3 not-for-profit organisation. 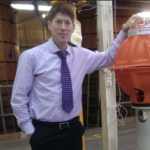 Tom Bennetts has worked at Sonardyne since 2004 and currently managing the Applications Group ensuring technically pioneering Systems are optimally integrated into customer solutions. The ability to control multiple AUV’s from ASV’s is a rapidly emerging market that demands novel concepts and a reliable platform of interconnected instrumentation. Tom frequently works with the National Oceanography Centre’s Marine Autonomous and Robotic Systems embedding acoustic positioning, optical comms, Sonar, Doppler inertial and control of vehicles over Sat comms. After graduating from Liverpool University as a Geophysicist in 1998 spent 6 years conducting inshore geotechnical survey work for renewable market and coastal infrastructure developments. Since joining Sonardyne has project managed many products and supported them in the field giving a broad knowledge throughout the marine technology community. 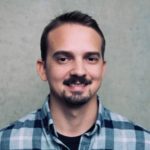 David Pearson is the Lead Systems Engineer at Terradepth in Austin, Texas. Prior to that, he was an Ocean Engineer at ASV in Broussard, Louisiana. David holds a Master’s of Science in Ocean Engineering from Florida Atlantic University. As lead Systems Engineer at a newly seeded startup, David works independently to lead the design, development, and implementation of technical products and systems; resolve highly complex technical issues and conduct advanced research, and provide leadership and strategy to his team. David is an expert in mechanical engineering, ocean engineering, electrical design, and software development. 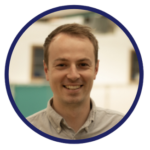 John started work 7 years ago as a Hydrographic Surveyor with MMT, having graduated in 2013 with an MSc in Hydrographic Survey from University College London. At MMT John worked in all roles from Survey to Offshore Manager on a variety of survey jobs from nautical charting to surveys for the renewables industry. Now at Sonardyne, John started off as a Marine Robotics project engineer helping customers to integrate Sonardyne equipment onto unmanned platforms. Recently John has been working as a Product Manager in Sonardyne’s engineering team. John retains a keen interest in robotic and autonomous platforms and subsea navigation, developed during his time at UCL, MMT and Sonardyne. 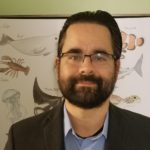 Joseph Pratt is the current Technical Lead for the Ocean Tracking Network, a Canadian-based globally recognized leader in the use of acoustic telemetry to track marine animals.  As Technical Lead, Joseph’s primary responsibilities are overseeing equipment procurement, logistical planning, and field operations for OTN, both in Canada and internationally. Joseph’s passion for marine biology led to his pursuing an MSc. from the University of New Brunswick before beginning his career as a technician with OTN in 2013. He has led missions in Canada, Cape Verde, Peru, and Australia, and now trains new technicians in the field. 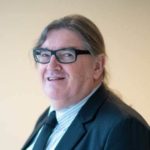 André Rose holds a Master’s Degree in IT from Liverpool University. He is technical advisor for Remote systems & ROV, Competence & Training, Digitalisation, and Autonomous systems at IMCA. André previously served in the Royal Navy’s Fleet Air Arm as a helicopter engineer before working as a technical trainer to both the Royal Saudi Air Force and the Royal Air Force of Oman. In 2000 he transferred to the offshore industry where he worked as a freelance ROV consultant until joining IMCA in 2018.